CES has develops a new robot Olly which aims to be more just like you. Olly is a “tabletop bot” which can “recognizes different household members and adapts its personality to suit each one,” according to Jordan Edelson, CEO of Appetizer Mobile, in a statement about CES trends this year 2017. “Increasing interaction pattern can increase Olly’s personality, ” says Emotech Inc. Olly’s was created by a group a neuroscience and machine learning scientists.

Difference Between Olly Robot and Other Robots:

The Answer lies in the statement given by Hongbin Zhuang which is the London-based founder of social robot Olly. In this declaration, he said the key to Olly robot is a combination of personality, movement, and interaction.

One Most Amazing Fact About Olly Robot:

The most amazing thing about Olly Robot comes, When pointing to two Olly robots sitting side by side in Emotech’s booth at CES Unveiled. Zhuang explains that where one Olly is whizzing around energetically responding to anyone and everyone who interacts with it, its neighbour olly robot is more calm and reserved and only give a response and speaks when one engaged with it.

The result of the robot’s deep-learning capabilities Which mean as your Olly gets to know more about you and your daily routines over and over time, it will evolve to become more like you and respond to the patterns of your life.

When it comes to the functions of the robot, it is similar to Amazon’s Echo or Google Home. It can speak to you when you reacts with it. It can do the automatic task and can handle devices, internet tasks, etc. But Olly robot is mainly different as the fact that it is more proactive than others.

The Earlier original prototype of Emotech’s robot has a feature of single eye, but surveys suggest that while some users loved this feature and others did not. Now, Olly is a black donut that rises to greet you when you wake it and can swivel to face you when you address it. It can also give response not by just voice but with mesmeric light patterns which help it express itself. 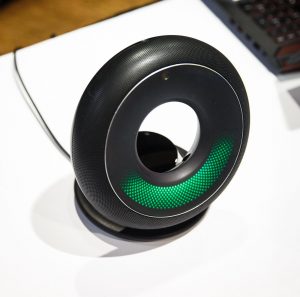 The Olly robot presented at CES was still in a prototype format, but following further user testing this spring, it should be available to buy later this year.

Please give us your feedback about Olly Robot. If you have any Question, please write it for us in the comment box

Arshad Bangash is a Final year Medical student at Ayub Medical College, Abbottabad Pakistan. Besides medicine, he has a great passion for Cooking food, Video Gaming and blogging. He is the founder/administrator of Technolily. He blogs to help others and share his knowledge with others.
Next Ptcl offering Double-Up Offer to its Users- To double internet Packages just by paying Rs 99 only 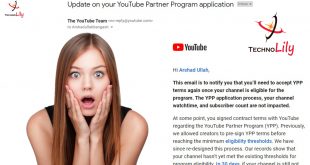